You are here: Home / Events / EVENT: Vint Hill, the Cold War and the Fall of the Berlin Wall 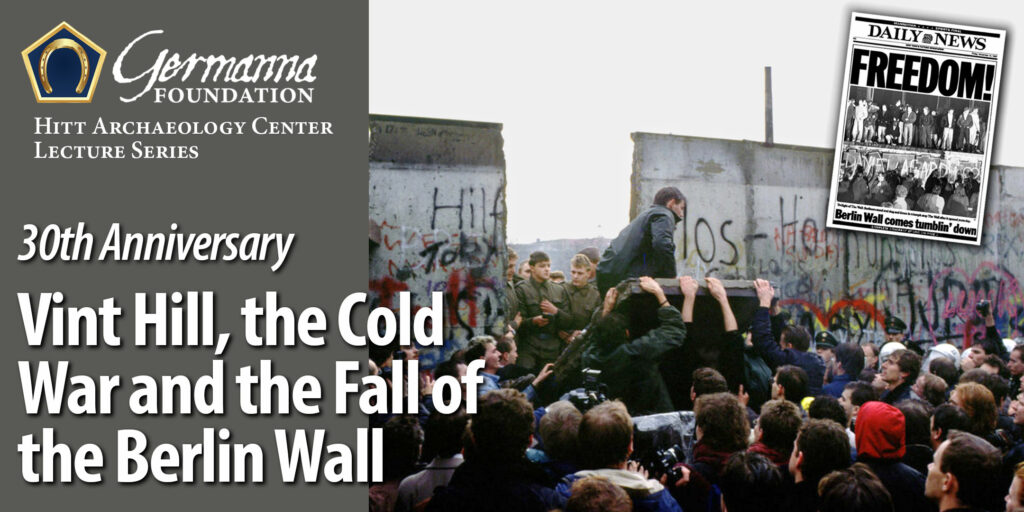 Dr. Jason Hall, the Executive Director of the Cold War Museum and a professor in the Masters in Public Administration program at George Mason University, tells the story of Vint Hill Farms Station, a top secret Army, CIA, and NSA signals intelligence base, and gives highlights of the artifact collections of the Cold War Museum at Vint Hill, which is between Gainesville and Warrenton, VA in the DC suburbs.

Vint Hill Farms Station, known as Monitoring Station #1 and the birthplace of the National Security Agency (NSA), was one of the primary sources of Allied interception, decryption, and translation of coded Japanese signals during WWII, including the interception of the message that stimulated the creation of the famous WWII deception called the Ghost Army. It continued to play a key role in US signals intelligence (SIGINT) during the Cold War, and also processed much of the U-2, A-12, SR-71, and satellite imagery intelligence (IMINT) product of that era, only closing as a secret intelligence base in 1996.

The Cold War Museum, located in one of the former SIGINT processing barns at Vint Hill, tells the Vint Hill story and also the story of Cold War SIGINT, IMINT, Berlin activities, Civil Defense, the development of advanced atomic weapons, Area 51, US military flying saucers, the East German secret police (STASI), the Liberty and Pueblo incidents, Soviet propaganda, the cultural and Olympic competitions between East and West, the Man Who Saved the World (Vasili Arkhipov) during the Cuban Missile Crisis, and much more.

Jason Hall, PhD, is Executive Director of the Cold War Museum (www.coldwar.org ), whose key goals are to honor the service of those who had professional roles in the Cold War; to make sure that coming generations understand the significance of the Cold War; and to use Cold War history to show how intelligence supports our policy, diplomacy, and military action. Hall is also Principal of Public Trust Strategies, a consulting firm for non-profit organizations and government entities. In addition to consulting, Dr. Hall is a Part-time Professor in the Schar School of Policy and Government at George Mason University, teaching in the Masters in Public Administration program. He earned a Ph.D. in modern European intellectual history from the University of Michigan; his B.A. is from Harvard.