You are here: Home / In Memorium / Remembering the 75th Anniversary of D-Day 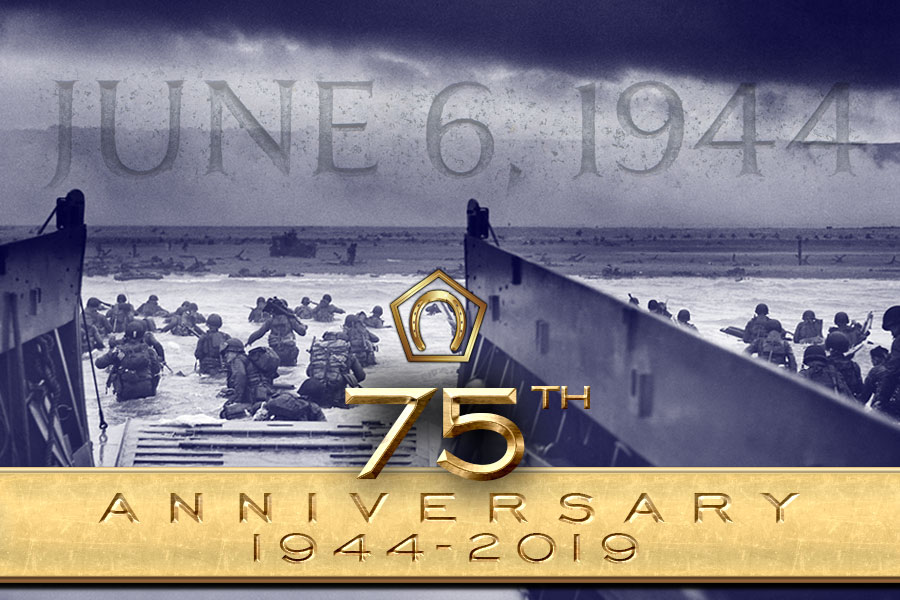 Today, Americans think of the greatest beaches in the world: Omaha, Utah, Juno, Gold, and Sword.

Seventy-five years ago today, Americans and their allies hit the beaches to liberate a continent from the evil of National Socialism.

Thanks to the outpouring of Germanna Foundation supporters who, during the seventieth anniversary in 2014, asked that the name of their service man or woman be read during a ceremony in the Memorial Garden on Memorial Day, we now know that among D-Day’s heroes were six sons of Germanna:

Recently, three more sons of Germanna were discovered at the American Cemetery near Omaha Beach:

These nine D-Day veterans, like the 156,000 others that day who, in the words of President Reagan,

It was my privilege to know one of those men: my fellow trustee Jimmie Martin. War can harden and embitter some men. For Jimmie, I think it moved him to help bring about reconciliation with his former enemy in the land of his forefathers. Over many visits to Germany, he made friends among the people of the Siegerland. On one of his last trips there, his German friends sent a beautiful statue of a Siegerland miner to bring back to Germanna.

Come and see that statue and remember a brave warrior who completed his mission as a bringer of friendship and reconciliation.