You are here: Home / Articles / Preserving Our Land 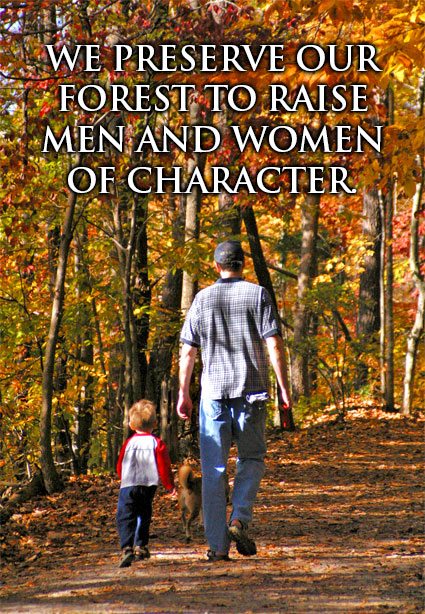 The following prepared testimony was presented on April 15, 2011 before the Fauquier County Board of Supervisors in Warrenton, Virginia, under the agenda item “A Work Session Regarding Germantown with Marc Wheat, President, Germanna Foundation.” Thanks to the financial and volunteer support of the members of the Germanna Foundation, the Foundation can safeguard our fragile heritage wherever it is threatened.

Chairman Graham, distinguished members of the Fauquier County Board of Supervisors, I am Marc Wheat, here today in my capacity as president of the Germanna Foundation to thank Fauquier County for recently recognizing portions of the Germantown settlement as eligible for listing on the National Register of Historic Places.

I thought in light of this recognition it would be good time to begin a regular dialogue regarding mutual goals for documenting and preserving this unique element of Virginia heritage located in Southern Fauquier County.

The Memorial Foundation of the Germanna Colonies in Virginia, Inc. was chartered in 1956 to preserve the heritage of the earliest organized settlements of Germans in colonial Virginia in 1714 and 1717 under the auspices of Lt. Gov. Spotswood.

The Germanna Foundation promotes the linkages with Fauquier County to our members, and often conducts programs to make Fauquier residents aware of their heritage through the colonists at Germantown.

During our annual homecoming during the third weekend of July, we bring bus tours to the John Marshall birthplace, and lunch here in Warrenton or at wineries on land that once belonged to Germanna’s people.

We have hosted several events here in Warrenton, most recently two lectures on the character of Robert E. Lee.

The colony of Germans settling at Germanna in 1717 was Lutheran. They resettled in what is now Madison County and built the famous Hebron Lutheran Church in 1740, where they played an important role in the adoption of the First Amendment to the U.S. Constitution.

The 1714 colony comprised 42 people (I descend from ten of them) of the Reformed faith, and we know from contemporary documents that they taught theology to their young people by means of the Heidelberg Catechism.

It is this small group of faithful people who removed to modern-day Fauquier County and formed a tightly-knit community called Germantown by about 1721.

Descendants of this first European settlement in what is now Fauquier County included noteworthy pioneers in American history:

If I could ask you to refer to Woodford Hackley’s map of Germantown that we include in Germantown Revived (Germanna Record Number 2), note that the village was laid out in long, narrow 100 acre strips that were probably allocated among the family heads by lot. What is fascinating is to examine aerial photography of Germantown, and see that tree lines of today along property lines correspond to the same property lines neatly laid out by German immigrants nearly 300 years ago.

I ask the Board of Supervisors to share our concern regarding the “For Sale-Industrial Zoned Land” signs present south of the railroad tracks on the east side of Midland Road. This area has compound layers of significant history including:

The Germanna Foundation would very much like to continue to work with Fauquier County to engage in discussions with the property owner on the advantages of conservation easements or acquisition.

We have a close relationship with the Virginia Outdoors Foundation, the Department of Historic Resources, and many private groups that would like to save this important land for future generations.

When we speak about preservation of these historic resources, we don’t mean lock them up so that no one can enjoy any use of the property.

At our 179 acre “Siegen Forest,” much of it is covered in hardwoods and provides a valuable riparian buffer to the Rapidan River. But we have built a visitor center that houses our staff of three, a modest museum, and a library.

We have to be creative in helping the rising generation learn from the past and help them on their own journey of exploration.

Just such a man who was born in Germantown was John Marshall, our greatest Supreme Court Chief Justice. I commend to your study the report from Fauquier County Parks and Recreation entitled “John Marshall Birthplace Park Visioning Exercise.”

Preserving land zoned for industrial development and safeguarding it for future generations of men and women of character is a high calling for the Fauquier County Board of Supervisors.

Preserving this land would also do honor to a man buried in Germantown, the Reverend Johann Henrich Haeger, pastor of the Germanna Colony and a native son of the German village of Anzhausen in the Siegerland.

At the age of 69, having already retired from the pastorate due to ill-health, Pastor Haeger made the momentous decision to leave the Siegerland forever in the hope of establishing a new community in America.

After wintering in England, the hopeful group of Siegerlanders prepared to set sail for America. Undoubtedly, Pastor Haeger administered Holy Communion to his flock, asked God’s blessing for the dangerous transatlantic crossing, and prayed that He would prosper their families and their descendants in the New World.

And, God did prosper those who came to America and settled at Germantown.

Could Pastor Haeger, from the little village of Anzhausen, have ever hoped that over 250 years later his descendant, Apollo 11 Astronaut Buzz Aldrin, would remember God’s blessings by becoming the first man to take Holy Communion on the surface of the Moon?

Thanks to the generosity of our members, the Germanna Foundation stands at the center of a far-flung community of memory and hope.

With members in the United States, Germany, Canada and Australia, the Germanna Foundation keeps green the memory of deeds past to inspire the exploration of tomorrow’s New Worlds.

We are enriched more than you know by the support and friendship of the people of Fauquier County across time and space.

At our homecoming the Germanna Foundation holds the third weekend of July every year, we remind each other of our mission as interrelated families in the words of one of America’s greatest poets, T.S. Eliot, and I would like to share it with you:

We shall not cease from exploration
And the end of all our exploring
Will be to arrive where we started
And know the place for the first time.