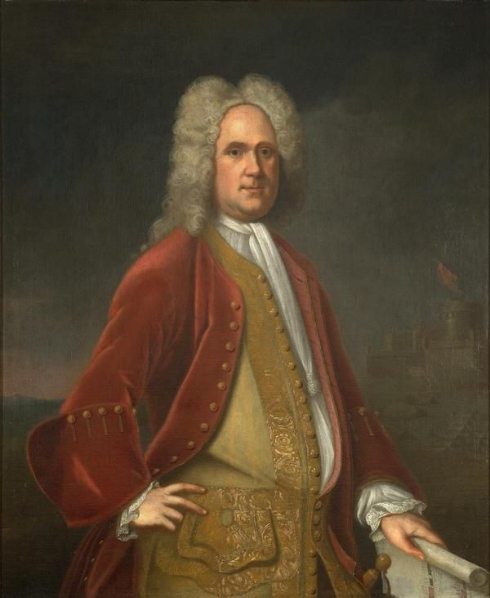 Three hundred years ago today, on April 28, 1714, the official records of the Colony of Virginia take notice of a small group of Germans to be settled at a place called Germanna on the Rapidan River:

“The Governor acquainting the Council that Sundry Germans to the number of forty two men women & children who were invited hither by the Baron de Graffenried, are new arrived, but that the said Baron not being here to take care of this settlement, The Governor therefore proposed to settle them above the falls of the Rappahannock River to serve as a Barrier to the Inhabitants of that part of the country against the Incursions of the Indians and desiring the opinion of the council whether in consideration of their usefulness for that purpose, the charge of building them a fort, clearing a road to their settlement & carrying thither two peeces of cannon & some ammunition may not properly be defrayed by the publick.

“It is the unanimous opinion of the Board that the Sd Settlement, tending so much to the Security of that part of the Frontiers It is reasonable that the expense proposed by the Governor in making thereof, should be defrayed at the publick charge of the Government, and that a quantity of powder &bail be delivered for their use out of her Majesties Magazine. And because the s’d Germans arriving so late cannot possibly this year cultivate any ground for their Subsistence, much less be able to pay the publick Levies of the Government, It is the opinion of this Board that they be put under the denomination of Rangers to exempt them from that charge, and for the better enabling the Sd Germans to supply by hunting the want of other provisions, It is also ordered that all other persons be restrained from hunting on any unpatented lands near the settlement.”

From that small beginning three centuries ago, some of the finest people who adorn my life find their family’s story intertwined with mine.

P.S.: We hope you will be able to join your fellow descendants of the German colonists as we celebrate the 300th anniversary at the 57th annual Germanna Conference and Reunion, July 17-20, 2014 near the place where Governor Spotswood originally settled them in Virginia. Don’t miss this once-in-a-lifetime event to come home to where it all began!  2014 Conference and Reunion Information