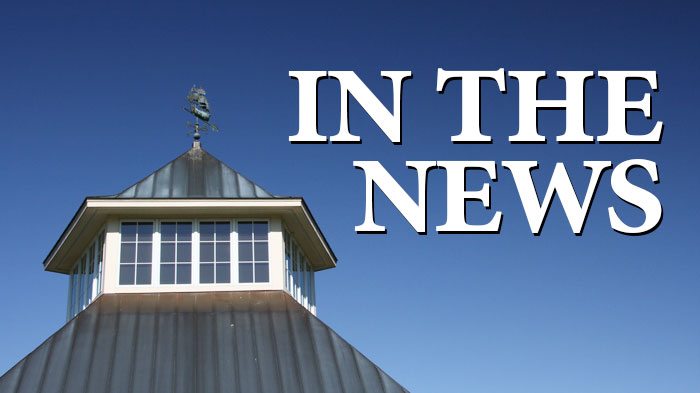 (Free Lance-Star)The Germanna Memorial Foundation will be allowed to construct and operate a library and museum next to its present visitors’ center on State Route 3 in eastern Orange County.

Following a public hearing Tuesday with no speakers, supervisors approved a special use permit for a 40-by-85 foot, two-story building. The proposed site is on the Foundation’s agriculturally-zoned land next to Germanna Community College in Locust Grove.

Documents provided to support the request indicate that the building would echo the timber-framed, or half-timbered, style that was common in the original Germanna Colony settlers’ native Germany.

Plans call for the basement to be used as a processing facility and repository for artifacts found during future exploration of the Foundation’s Fort Germanna/Enchanted Castle site across Route 3. Hein noted that the Foundation has recently hired an archaeologist, Eric Larsen, who will plan and supervise the excavations.

The first floor of the new building is intended to house the 10,000-document Spotswood library, which is being donated to the foundation, along with library material from the current visitor’s center and other Foundation publications.

The second floor exhibits center is expected to include a small theater area where as many as 18 visitors could view short documentaries.

Both county staff and the Planning Commission recommended approval of the request, with conditions.

Supervisor Jim Crozier questioned the need for one of those conditions — that the building be connected to public water through Rapidan Service Authority if a fire suppression system was required. Crozier noted his concerns about the cost and practicality of that condition. He pointed out that the library — as a facility storing rare documents — might find water-based suppression more damaging than any fire.

He said that other options, such as a halon-based fire suppression system, might be more suitable, and suggested deleting the water connection condition.

Other supervisors agreed, and voted unanimously to approve the permit without that condition.